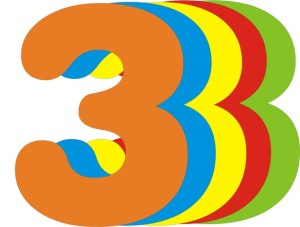 They’ve played 3 games, they’ve won all 3 and scored 3 goals so here are 3 observations from Korea’s Group A exploits.

A lot of the talk before the tournament began was who Uli Stielike would chose as captain. The two names on most lips were Ki Sung Yeung and Koo Ja Cheol. Ki had captained the team in recent friendlies and I think for most seemed the more logical choice. The biggest problem with Ki was undoubtedly his maturity at times and ultimately his ability to do something stupid on the pitch, I’m sure a lot of us still remember his ‘monkey’ taunt at Japan 4 yrs ago. Koo on the other hand was maybe the more reliable of the two players in terms of temperament but did he command the respect of the dressing room in the same manner as Ki?  In the end Stielike went with Ki and I think his decision has been 100% validated. As well as playing every minute so far for this tournament, Ki has led by example on the pitch. His ability to control the tempo of the game has increased since his days in the hoops of Celtic. He was then a calm and dependable figure but since his move to Swansea he has added an extra dimension to this side of his game. He has been by far the main man on the pitch for the KNT and with the loss of Koo and Lee and Son’s poor form Ki is essential to any chance of success they may have.

Cha Du Ri still has it.

I first remember seeing Cha during the 2002 World Cup. He, like most of that squad, epitomized the KNT’s campaign that year as he chased every ball and harried every opponent. Over the years he has probably become more famous for his energy and passion than his actual skill. In 2010 I stood in Hangang Park watching him play during the World Cup and thought his days were numbered, he was outclassed time and time again by Argentina and Nigeria and looked like his best days were far behind him. Fast forward a month and he was being linked with my team Celtic. I was not the happiest of shoppers at this point as I firmly believed he was only being signed for marketing reasons and it wasn’t long until the infamous LG refrigerator advert with him and Ki was becoming the source of many a rival Scottish fan’s joke. In fairness Cha had a decent enough time at Celtic and will probably be remembered most for inspiring a 2-0 victory over St. Johnstone that kept our title hopes alive, albeit only for about 2 weeks. His goal celebration of ripping off his shirt and sliding along the icy pitch will remain an iconic image from his time there, although unfortunately so will his wide smile after he scored a ridiculous own goal away to Rennes in the Europa League the next season. When Cha left Celtic I never thought I’d be commenting on him again but it wasn’t too long until he was in the K-League playing for FC Seoul. He has been impressive in the K-League, so much so that some wondered why he was left out of last year’s World Cup squad. He made the K-League 2014 Team of the Year and has enjoyed a comeback in the national team under Stielike. Seen by many as a bit player at the Asian Cup he seized his chance after Lee Chung Yong’s injury and has justified his inclusion. An excellent assist against Kuwait earned him a spot in the official Round 2 Team of the round. Dropped against Australia it will be interesting to see if he reclaims his spot on Thursday for the Uzbekistan QF.

I couldn’t not link this!!

Will Son step up to the plate.

It feels that in every tournament Korea seems to have a ‘shining light’, the one player that will lead them to glory and riches. For years it was Park Ji Sung, then Park Chu Young took over his mantle and now the task seems to have fallen to Son Heung Min. It can’t be easy carrying the lofty expectations of a nation but even more so now with Koo Ja Cheol ruled out of the tournament that is where Son finds himself. A quick look at his stats would show that he’s not exactly been prolific for club and country but then he is only 22. Even though Korea managed to get maximum points from their Group A matches the 1-0 scorelines only paper over the cracks of what is a pretty frail strike-force. Just like in Brazil this team frustrates in the last third, no more obvious than the last minute against Australia when left 2 on 1 they managed to pass up the opportunity to put the game to bed. This current Korean team do create chances but a combination of  weak finishing and poor decision-making prevents them from running up a scoreline to match their possession stats.  I imagine that Son will be the spearhead of most Korean forays forward over the rest of the tournament,  he will be the man everyone will be looking at to put the ball in the back of the net. Whether he is capable of doing so will be answered soon enough.

One thought on “South Korea’s Asian Cup So Far”