We’ve hardly had time to catch our breath or dry our clothes after what was a potential game of the season on Wednesday as Suwon FC just edged the first round of the playoff. A 3-3 draw was enough for them to see off the challenge of Seoul E-land and book themselves a date with destiny against Daegu on Saturday afternoon. As the scoreline would suggest the match was a pretty enthralling encounter between two teams who decided to leave defending in the dressing room. Some could argue that it was the perplexing idea of a draw ensuring victory for the home team that created or inspired such a display of attacking football or others could just argue it was rank rotten defending and atrocious conditions. I am willing to give both arguments my vote. That match has left E-land wondering about what might have been and Suwon maybe just maybe beginning to dream about trips to such exotic paradises as Jeju, Jeonju and the POSCO factory complex.

Round two of the playoffs will be another one-off match this time in Korea’s fourth biggest city of Daegu. A city known for beautiful girls, apples and plastic surgery, I’m sure two of them are closely linked!!! 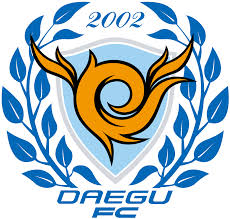 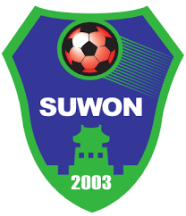 With a lot to live up to after Wednesday’s goal fest, Daegu will play host to the final playoff match in the K-League Challenge to see who will take on Busan for the last place in next season’s K-League Classic (as yes that was deliberate). As with the previous round, home advantage guarantees that a draw over 90 mins will be enough to see the hosts prepare to welcome Busan next midweek. Just like with E-land and Suwon, Daegu also possess a prolific striker with the league’s top scorer Johnathon on their books. With 26 goals in 37 starts it’s a record to rival that of Adriano’s from last season when he almost singlehandedly drove Daejeon to the Challenge title.  Johnathon was recently linked with a move to the Middle East but he has quashed those rumors and has pledged his future to Daegu, of course we’ll see how that holds up if they fail to make it through the playoffs.

Daegu though are far from a one-man team and have several players capable of both creating and taking chances. Brazilian-Palestinian Elder is a player who has the talent to make an impact in this match. He has 10 goals (in 21 starts) to his name this season and while not quite as prolific as his teammate it’s still a decent return on his first season. As mentioned in my Round 1 preview Japa and Sisi are two or Suwon’s main threats and although E-land tried to contain them as much as possible Japa was still able to come up with a moment of class when he cleverly turned home a shot from the middle of the box to level the scoring at 1-1. If allowed the time and space again he will punish Daegu for sure.

Daegu come into this match with a pretty abysmal home record against Suwon this season, losing both matches and conceding a confidence-sapping six goals in the process. They did however stem the flow of poor results in the final match where they defeated Suwon 2-0 on their own turf. That 2-0 victory was only just over a month ago and will still be fresh in both team’s mind which could just give the hosts a slight edge. Daegu also have the added luxury of having had a week to rest and prepare for the match unlike Suwon who must be a tad drained after the emotional roller coaster of Wednesday night. They at least know they won’t have to play for more than 90 mins so maybe one last motivational talk from Cho Deok Je might just be enough to get them over the line.

This match is another tough one to call  just like Wednesday was, here’s hoping we get another fantastic goal-laden contest. The prize at the end of the game is in the shape of a two-leg match against a a Busan team that look devoid of both confidence and imagination at the moment. Could we have a repeat of the Gwangju miracle?